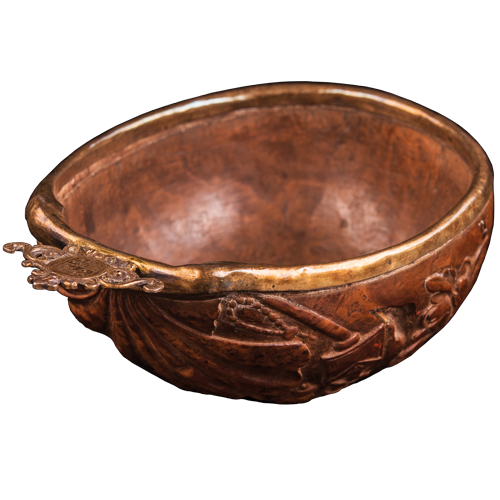 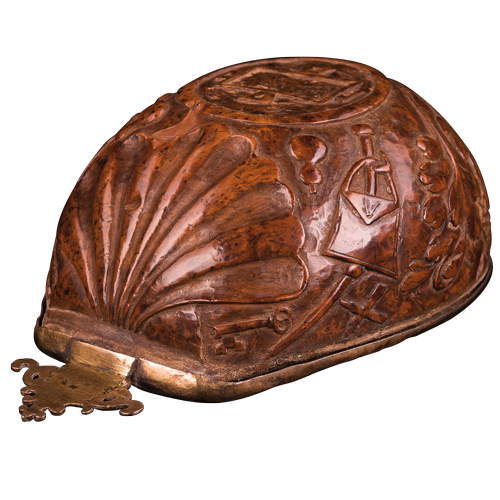 The Geuzen Cup (Beggar’s Cup) is made from the shell of a coconut, which is adorned with a narrow ring of gilded silver around its lip. The handle is decorated with the Count’s coat of arms.

The Gold Cup
of Gölenkamp

In 1840 in the County of Bentheim, a farmer from Gölenkamp discovered the Gold Cup when he was digging for sand. After being sold several times, the cup was finally purchased by Alexius Frederick, Prince of Bentheim and Steinfurt. It has been in the possession of the family since then.The Gold Cup of Gölenkamp is one of the most important Bronze Age discoveries in Northwest Germany. As a burial object, it was probably a part of an urn. It is estimated to be around 3,500 years old. 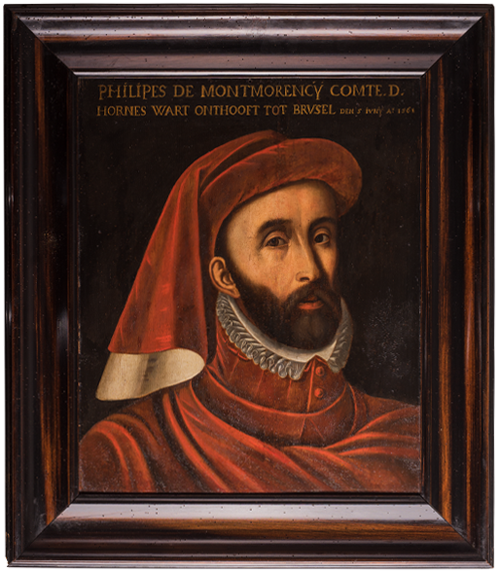 The uprising of the Geusen marks the beginning of an 80-year struggle of the Dutch nobility for the independence from the rule of the Spanish kingdom. With 200 riders, they journeyed to before the palace of the governor Margarethe von Parma in Brussels and delivered their demands for religious freedom, restoration of traditional liberties and the abolition of the inquisition. On this occasion, an adviser (Charles de Berlaymont) was supposed to have whispered to the governor that she should not allow herself to be intimidated by a heap of beggars (gueux).

This provoking remark led to a threatening aggravation of the situation, so that the amount increased to 400 armed horsemen. From now on, they were called „Geusen“ and wore grey beggar robes as a visible sign and on the belt begging bowls, in which they collected money for the freedom fight. The leaders were Wilhelm von Oranien, the Counts Lamoral von Egmond, Heinrich von Brederode and Philipp Montmorency von Hoorne.

When king Philipp II of Spain replaced the governor with the duke of Alba in 1567, the Spaniards went against the insurgents with great force and the Geusen uprising escalated. Lamoral von Egmond and Philipp von Hoorne were beheaded publicly in 1568 in Brussels, whereupon an 80-year war broke out. The Geusen organised: as „Buschgeusen“, they destroyed dikes and flooded the land. The „Wassergeusen“attacked Spanish galleys. It was a bitter war that only found an end in the Westphalian peace in 1648. Still today, in linguistics, “Geusenwort” stands for the revaluation of a mockery word into a positive connotation concept.