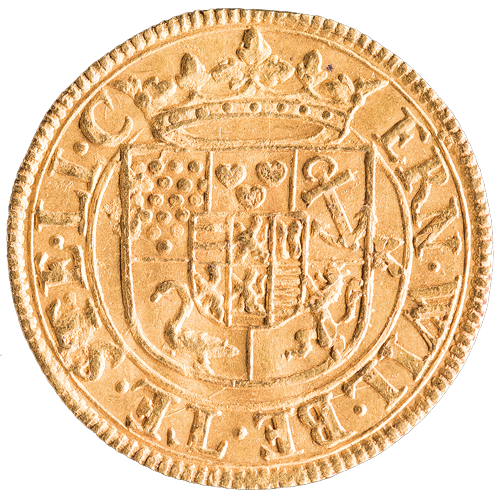 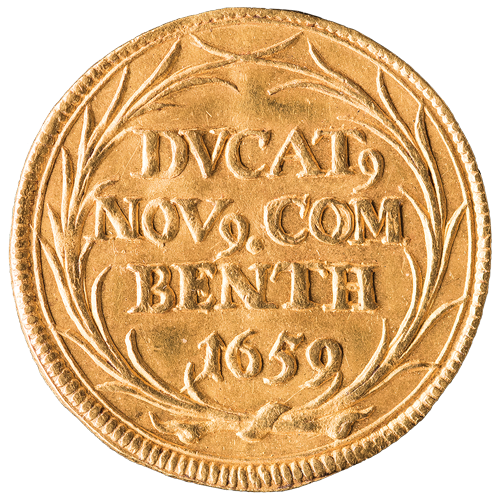 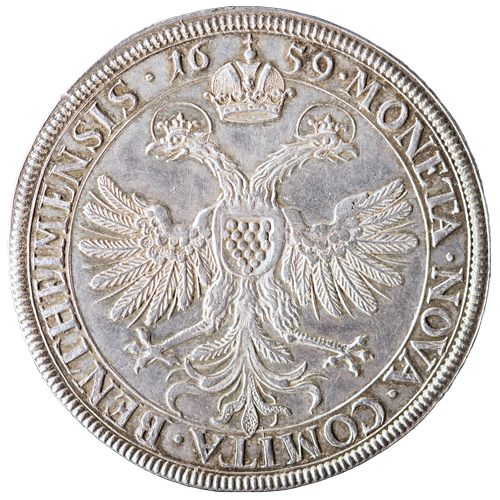 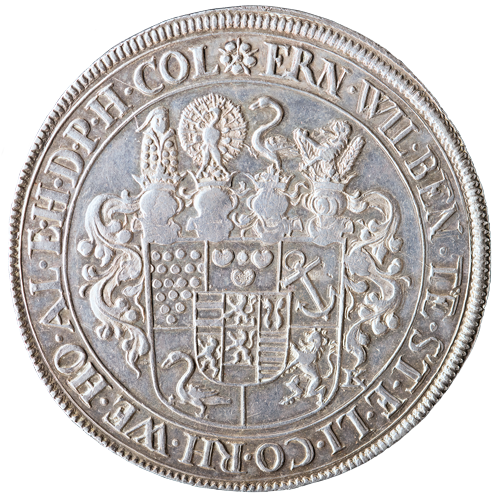 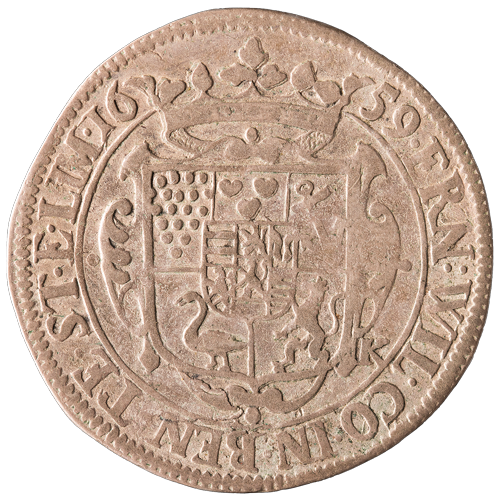 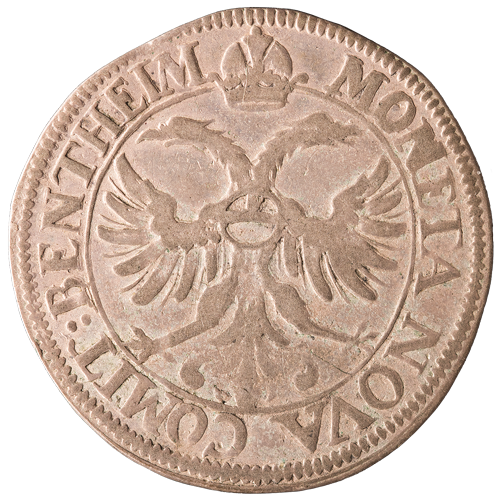 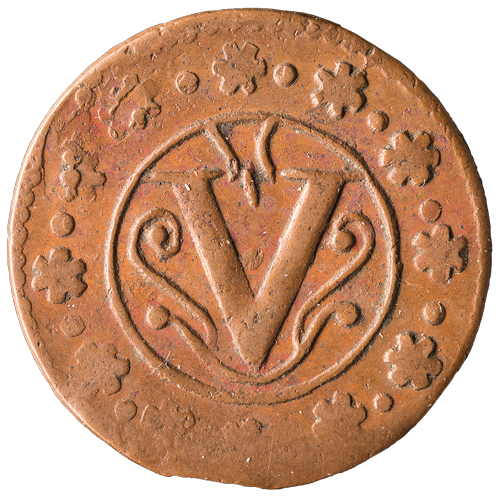 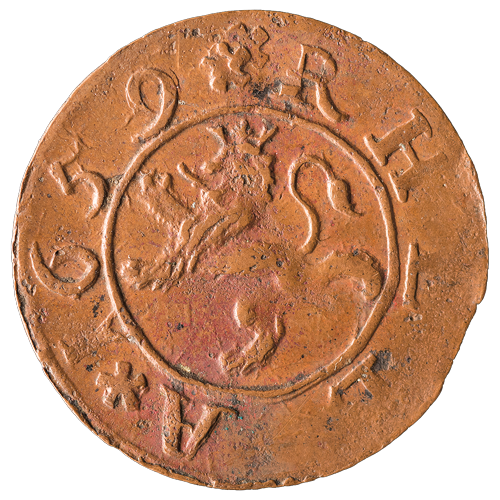 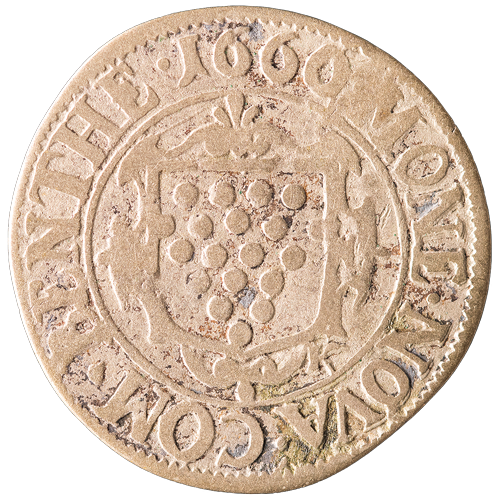 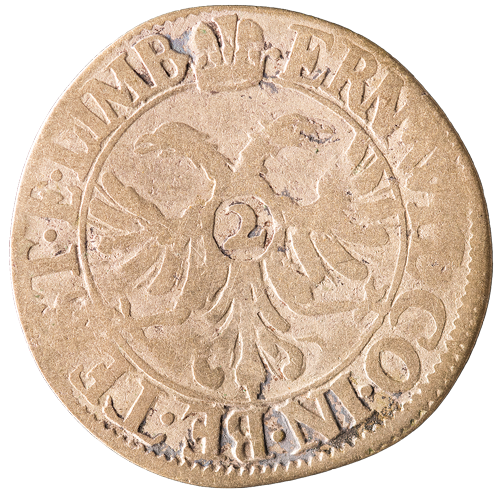 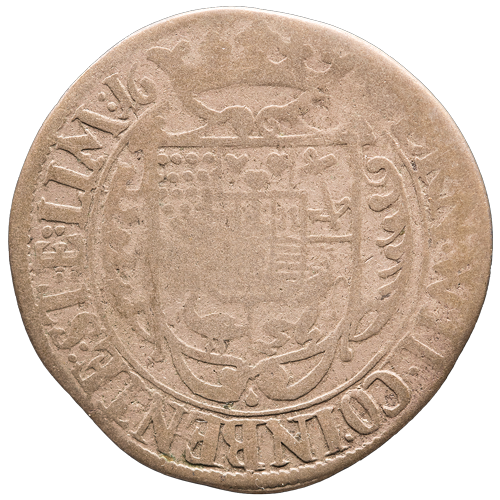 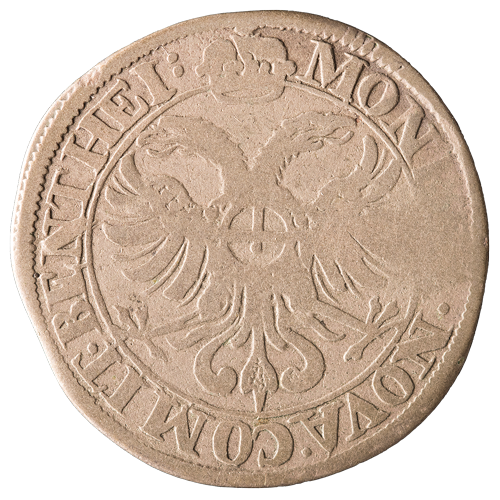 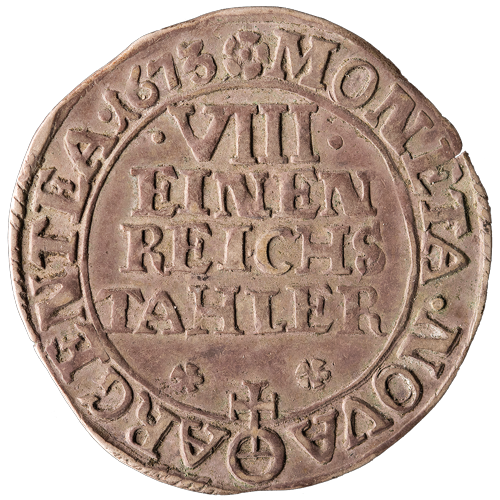 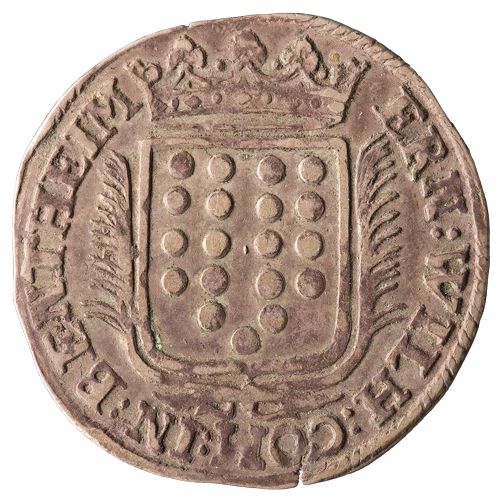 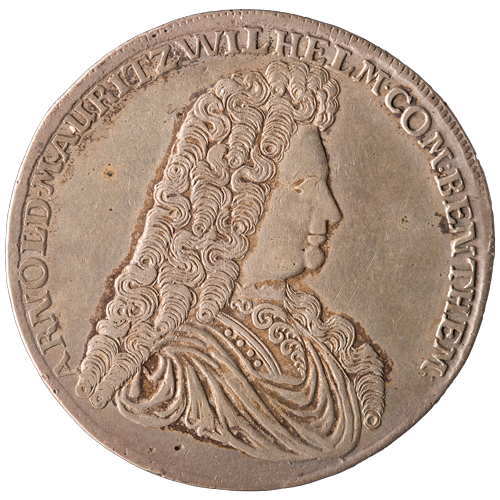 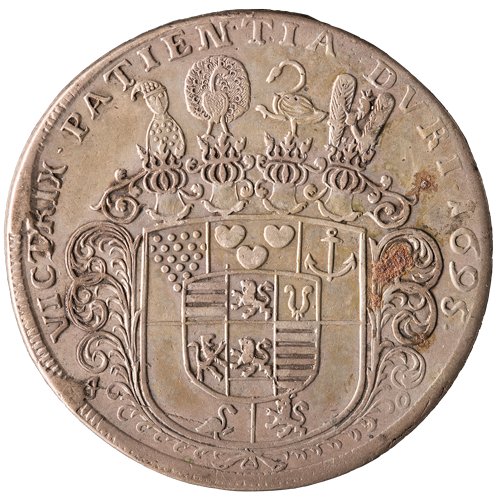 The coins
of the county of Bentheim 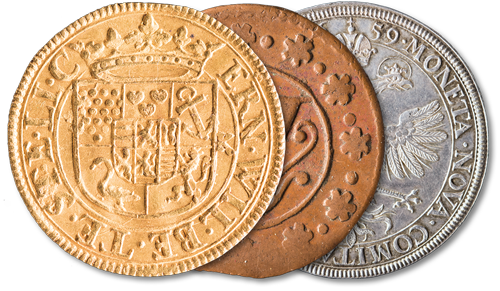 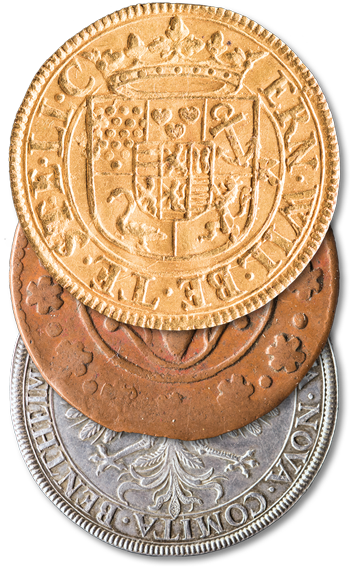 The many sub-states of the Holy Roman Empire of German Nations exercised the right to mint their own money. Especially since the 17th century the monetary system developed with a huge number of different currencies.

In north-western Germany, the units Stüber and dimes were circulating. Since 1560, the unified Great coin, the Reichstaler gained ever greater importance, on which the various currencies were oriented. A Reichstaler corresponded to 24 Stüber at each 12 dimes. A taler contained 29.3 grams of fine silver and was the leading currency for all downstream currency units. During the 30 year-war, a massive currency devaluation occurred. Silver coins were devaluated by bigger and bigger components of copper. Above all the downstream currencies (Kipper and Wipper) also got worse considerably and thus got further into decline.

About 1750, the Reichstaler embossed in Prussia had only 2/3 of the original silver content. The coins minted in the county of Bentheim showed the value specified on the one side, on the other side the image of the respective rulers. The Reichstaler coined here exhibited the imperial eagle and the coat of arms of the county.